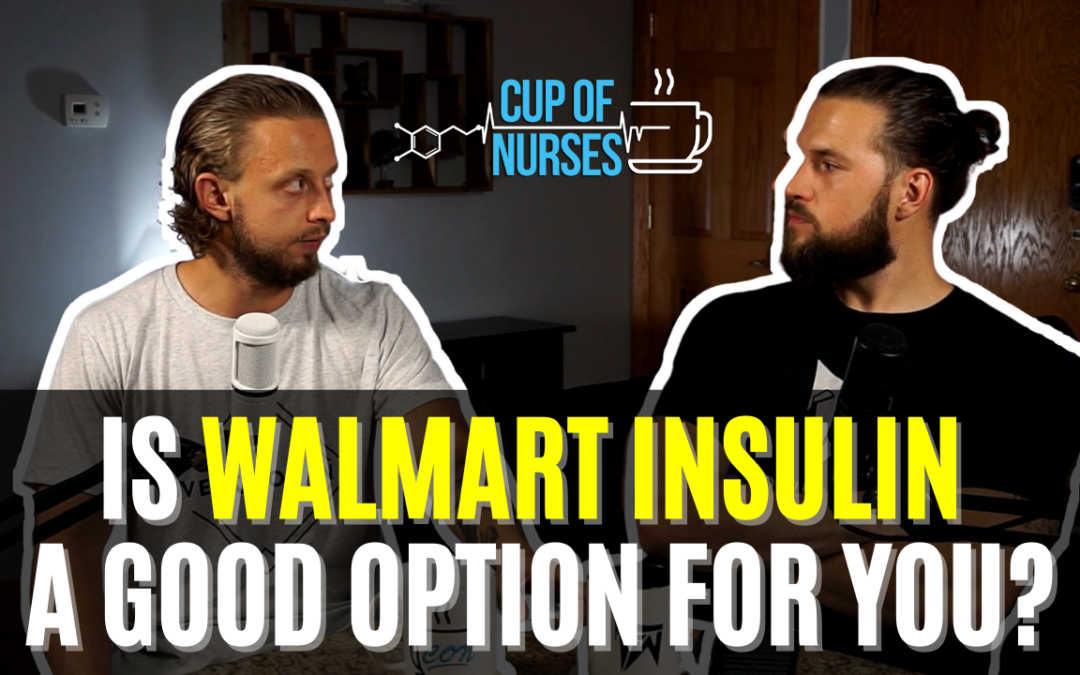 Walmart created an insulin brand to undercut the market.

The American Diabetes Association (ADA) released in 2018 estimating the total costs of diagnosed diabetes have risen to $327 billion in 2017 from $245 billion in 2012 when the cost was last examined. This represents a 26% increase over a Five-year period.

So, Walmart just launched a more affordable analog insulin branded ReliOn. The Brand is designed to overcome common impediments, like the affordability of and access to diabetes care, especially for those without health insurance. There are three different kinds of ReliOn Novolin insulins available. There is regular, or short-acting, intermediate (N), and a mixed 70/30 available in the ReliOn line of insulins.

ReliOn/NovoLIN N is an intermediate-acting insulin that starts to work within 2 to 4 hours after injection, peaks in 4 to 12 hours, and keeps working for 12 to 18 hours.

The analog insulin vials and will save customers between 58% to 75% off the cash price of branded insulin products, or up to $101 per vial or $251 per package of “FlexPens,” the retailer said. The medication will be available in Walmart pharmacies and Sam’s Club pharmacies in July.

More than 34 million people in the country (11%) suffer from diabetes, with an additional 1.5 million diagnosed within the United States every year, according to the American Diabetes Association.

“The price point, we hope, will improve and hopefully revolutionize the accessibility and affordability of insulin,” said Walmart’s Executive Vice President Cheryl Pegus of the company’s health and wellness department, according to the report.

Seems purely philanthropic but this is the largest grocer and employer in the U.S and now, just like Amazon, will take a cut in the healthcare brand market.

Walmart so far has opened 20 clinics adjacent to its stores with budget-level medical care, including $25 dental cleanings, and $30 annual checkups. They even bought a telehealth company called MeMD in May to offer virtual care and has exerted pressure on the entire pharmaceuticals industry before sending its prescription program to market, which provides monthly supplies of ubiquitous generic drugs for wildly low prices of $4.

According to a new study in the journal of Neuron, psilocybin, which shows up naturally in some mushrooms, has shown signs of increasing durable connections between neurons in mouse brains.

In this study, they used two-photon microscopy to image longitudinally the apical dendritic spines of layer 5 pyramidal neurons in the mouse medial frontal cortex.

What are pyramidal neurons?

Pyramidal neurons are the most populous members of the excitatory family in the brain areas they inhabit. They comprise about two-thirds of all neurons in the mammalian cerebral cortex, which places them center-stage for many important cognitive processes.

What do pyramidal neurons do?

Like many other types of neuron, their main job is to transform synaptic inputs into a patterned output of action potentials. What makes them special is their numerical dominance, as well as the fact that they are ‘projection neurons’ — they often send their axons for long distances, sometimes out of the brain altogether. For example, pyramidal neurons in layer 5 of the motor cortex send their axons down the spinal cord to drive muscles. Pyramidal neurons might thus be thought of as the ‘movers and shakers of the brain.

The researchers observed rising numbers and girth of dendritic spines on the first day following exposure to psilocybin. The girth increase happens to create small protrusions on nerve cells capable of enhancing the way information transmits from one neuron to the next.

These changes persisted for at least a month, and the mice previously placed in stressful situations exhibited improved behavior, with increased neurotransmitter activity, following the administration of psilocybin.

How Depression Affects the Brain

No one knows for sure what causes depression, but researchers have determined that it is definitely a disorder that has biological underpinnings and that the chemistry of the brain plays a big role. 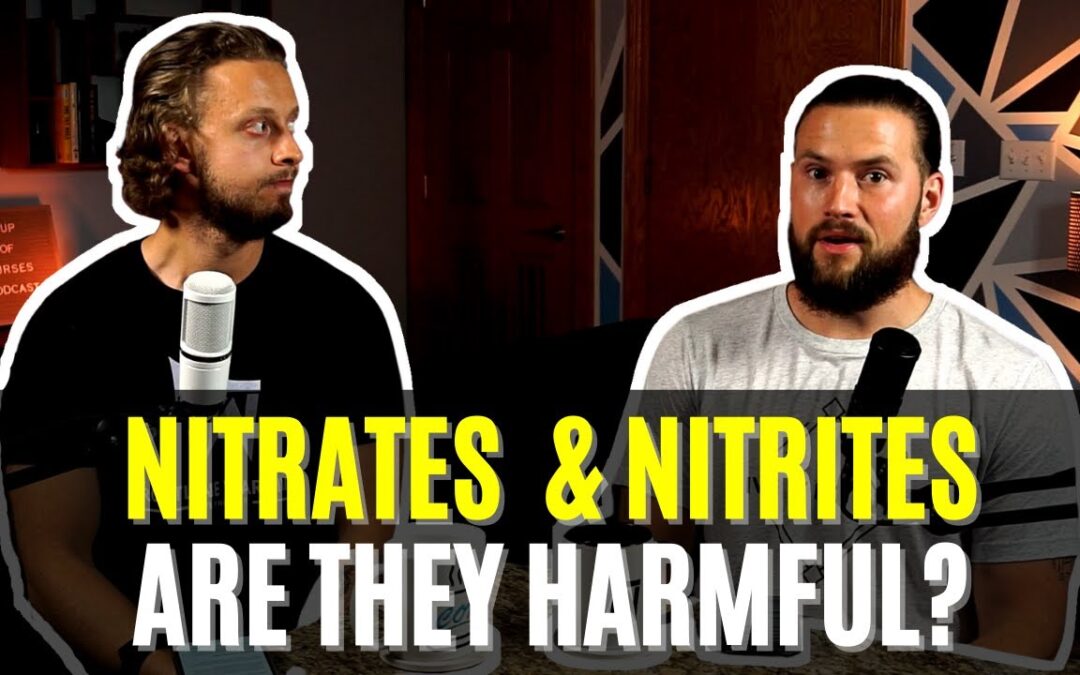 Manufacturers add nitrites to meat to preserve them. They’re the reason why cured meat is pink or red. In meat, nitrites turn into nitric oxide. This reacts with proteins in the meat, changing its color and helping preserve it.

Nitrates are fairly stable by themselves and not likely to cause direct harm. However, bacteria in your mouth and other enzymes in the body can convert nitrates into nitrites, and those are harmful.

Most of the nitrites we encounter aren’t consumed directly but are converted from nitrates. Nitrites can either turn into:

The relationship between dietary nitrates/nitrites and health is a lot more complex than just saying “they’re bad for us”. For example, the high natural nitrate content of beetroot juice has been credited with lowering blood pressure and enhancing exercise performance. Nitrates are also the active ingredient in some medications for angina.

The difference between the nitrates in vegetables and meat is that the plants absorb them from the ground while for meats it is an additive.

When the nitrites are ingested, one of the things that happen is they react in the acidic environment of the stomach and form nitrosamines.

For this to occur amines need to be present, chemicals related to ammonia that are found abundantly in protein foods. Nitrosamines can also be created directly in foods through high-heat cooking, as with fried bacon.

According to the IARC, International Agency for Research on Cancer, run by WHO states:

Nitrates or nitrites found primarily in meat sources are probably carcinogenic to humans, conclusions from epidemiologic studies are somewhat mixed. High nitrate intake may be associated with a decreased risk of gastric cancer, whereas nitrite intake may increase the risk of glioma and thyroid and gastric cancers

“…Nitrates and Nitrites provide a critical food safety function by helping to prevent Botulism and other foodborne illnesses.”

NMN is short for nicotinamide mononucleotide, a molecule naturally occurring in all life forms. NMN is the precursor of the essential molecule nicotinamide adenine dinucleotide (NAD+).

NAD+ is an essential coenzyme required for all cellular life and function. Coenzymes are  ‘helper’ molecules that enzymes need in order to function.

Why is NAD and MNM Important

As organisms grow older, they accrue DNA damage due to environmental factors such as radiation, pollution, and imprecise DNA replication. According to the current aging theory, the accumulation of DNA damage is the main cause of aging. Almost all cells contain the ‘molecular machinery’ to repair this damage. This machinery consumes NAD+ and energy molecules. Therefore, excessive DNA damage can drain valuable cellular resources.

NAD+ plays an especially active role in metabolic processes, such as glycolysis, the TCA Cycle (AKA Krebs Cycle or Citric Acid cycle), and the electron transport chain, which occurs in our mitochondria and is how we obtain cellular energy.

NAD has been shown to effects many parts and functions of our body. Research is currently looking at the potential effects NAD might have on human health and lifespan.

Nicotinamide adenine dinucleotide (NAD) + hydrogen (H) is used as a supplement as well. NADH is used for improving mental clarity, alertness, concentration, and memory; as well as for treating Alzheimer’s disease and dementia. Because of its role in energy production, NADH is also used for improving athletic performance and treating chronic fatigue syndrome (CFS). Unfortunately, there isn’t enough evidence to know whether the supplementation works. 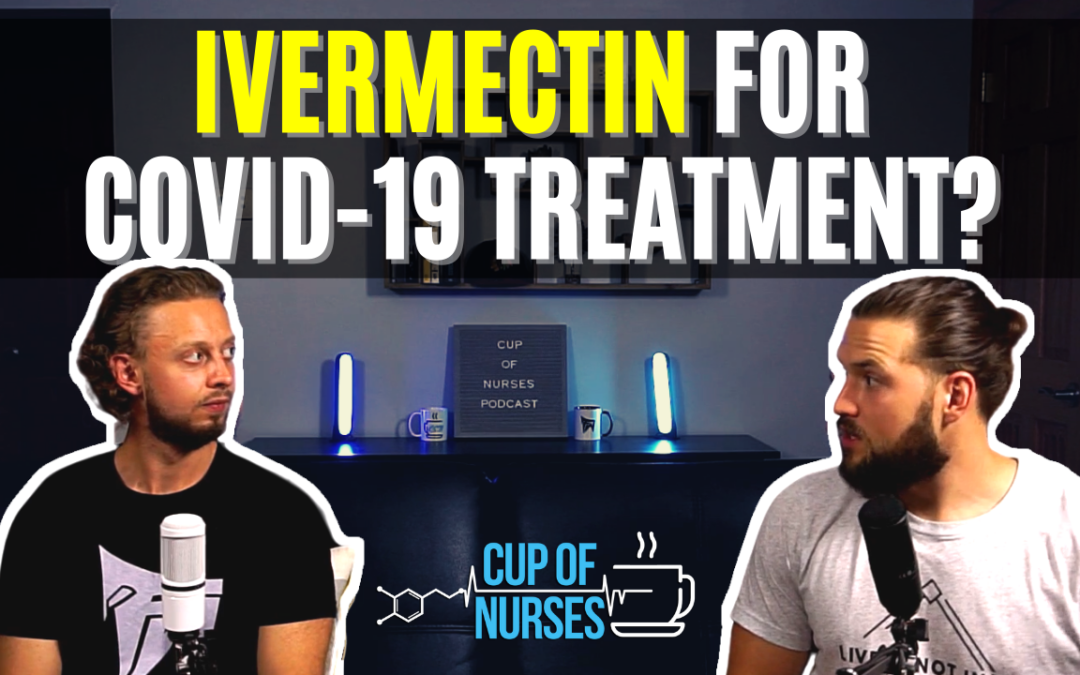 In this episode, we are going to talk about a new breakthrough in CRISPR technology and Ivermectin.

Ever since we started to talk about CRISPR-Cas9, they have been pushing the boundaries of genome modifications. Just in May researchers were using CRISPR to fix cholesterol in monkeys.

Just last year, researchers used CRISPR to turn on a fetal form of hemoglobin to correct sickle cell disease or related disease in several people. The treatment required removing a patient’s diseased blood stem cells, modifying them with CRISPR in a dish, and then infusing them back into the body.

The new major breakthrough in gene modification, researchers at University College London (UCL) injected CRISPR into the blood of six people with a genetic condition between the ages 46 and 64. Three of those people showed positive results, creating the opportunity to further trials using this approach.

The genetic condition is known as transthyretin amyloidosis (TRR). Amyloidosis is a protein misfolding disorder. In this disease, proteins change shape (misfold), then bind together and form amyloid fibrils which deposit in organs. They frequently occur in the peripheral nervous system, which results in a loss of sensation in the extremities (peripheral neuropathy). The autonomic nervous system, which controls involuntary body functions such as blood pressure, heart rate, and digestion, may also be affected by amyloidosis.

These amyloid fibrils usually deposit in:

Most CRISPR-related treatments involve treatment of the cells in-vitro, injecting into the target organ. This study was different because it required a mode of transport of the whole editing assembly inside the cells. Researchers at Regeneron Pharmaceuticals used messenger RNAs (mRNAs), which carry instructions for making proteins. Since the host cell can use the mRNAs to make its own proteins, researchers simply needed to send enough information to enable CRISPR editing inside the cell.

They injected two messenger RNAs (mRNAs), one identified the mutation on the TTR gene and one made the Cas protein that can cut the DNA at the directed site. It also made it easier for the researchers, since the liver is the site of origin for the disease.

The mRNAs were encased in lipid particles, which were taken up by the liver cells, allowing the mRNAs entry inside the cell. Once there, the cellular machinery made the necessary Cas protein, which cut the mutation site recognized by the other mRNA. The in-house DNA repair mechanism kicks in and repairs the cut site but this time, leaves the gene out, thereby stopping the production of misfolded protein.

After 28 days, three men given the higher of two doses of the treatment had an 80% to 96% drop in TTR levels, better than the average of 81% with Patisiran, the current treatment for TTR. This new RNA silences TRR’s production temporarily meaning it must be injected on a regular basis.

Jennifer Dounda who last year shared a Nobel prize for developing the gene editor CRISPR says “a critical first step in being able to inactivate, repair, or replace any gene that causes disease, anywhere in the body.”

Ivermectin in the Fight against COVID 19

Ivermectin is being talked about in greater numbers. Research is coming out this antiparasitic drug might be used for covid 19 in prophylaxis and even in possible treatment. It seems that ivermectin interferes with COVID 2 possible ways.

What is the research showing 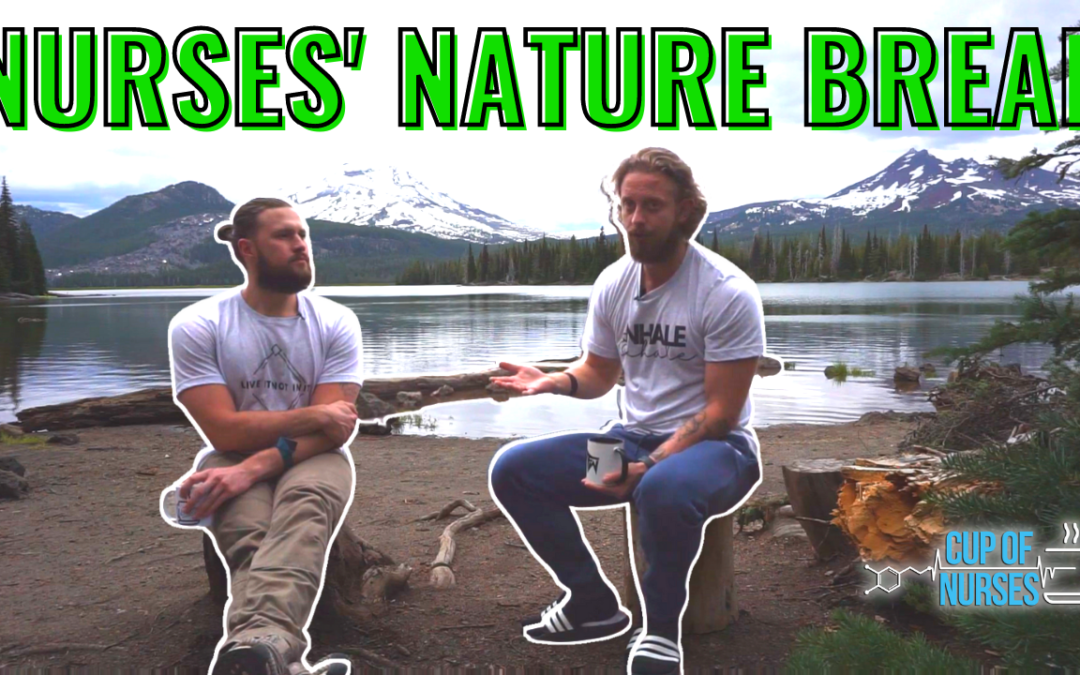 After 8 months of staying in California, it’s time for the well-deserved break from travel nursing.

Being travel nurses, we are privileged to take mini-vacations in between contracts. To start our break, we took a little RV trip for 2 weeks exploring the Pacific West to reconnect with ourselves and keep grounded amidst all the chaos in reality and the internet.

We strongly recommend taking these mini nature trips to take some time away and experience calmness once in a while. Not just for nurses but for anyone who has been working so hard to strengthen your mental health.

While reconnecting with nature, we prepared this episode to show you how peaceful and relaxing it is to reconnect with nature. Follow our trip by watching our vlogs on Youtube to get inspiration for your next getaway. 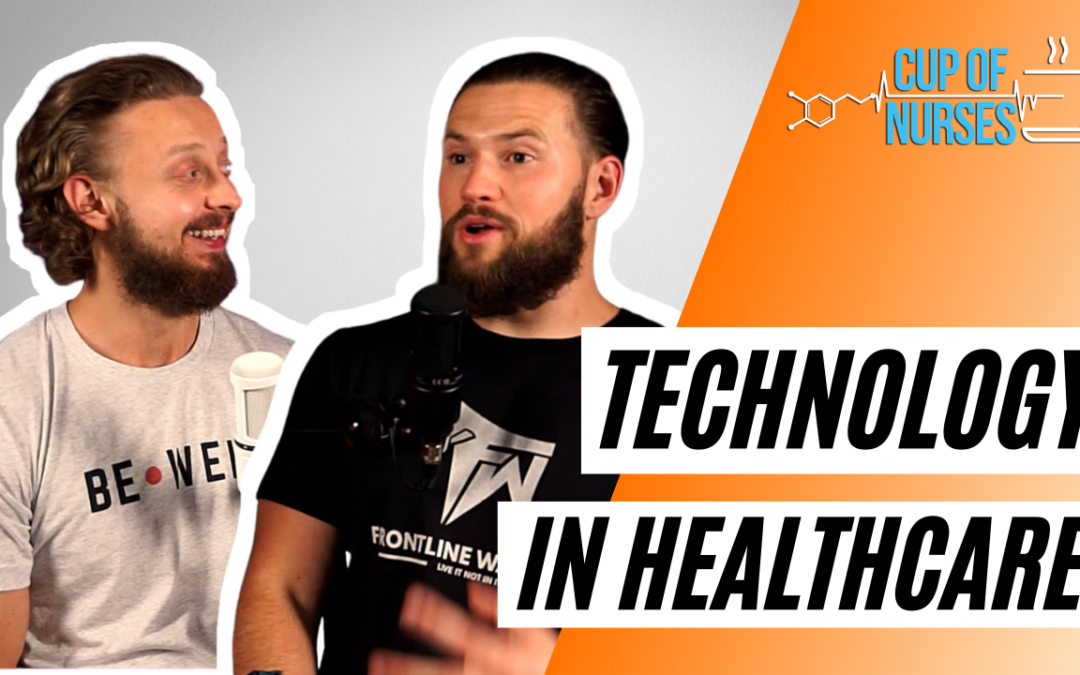 EP 53: What Is the Future of Medicine & Health Technologies in 25 Years?

What Is the Future of Medicine & Health Technologies in 25 Years?

Universal health coverage in the U.S.

Patient empowerment due to the tech revolution

The merger of wearable manufacturers and health insurance companies

Is it possible for Amazon to run the world’s largest HMO?

HMO stands for health maintenance organization. HMOs have their own network of doctors, hospitals, and other healthcare providers who have agreed to accept payment at a certain level for any services they provide. This allows the HMO to keep costs in check for its members.