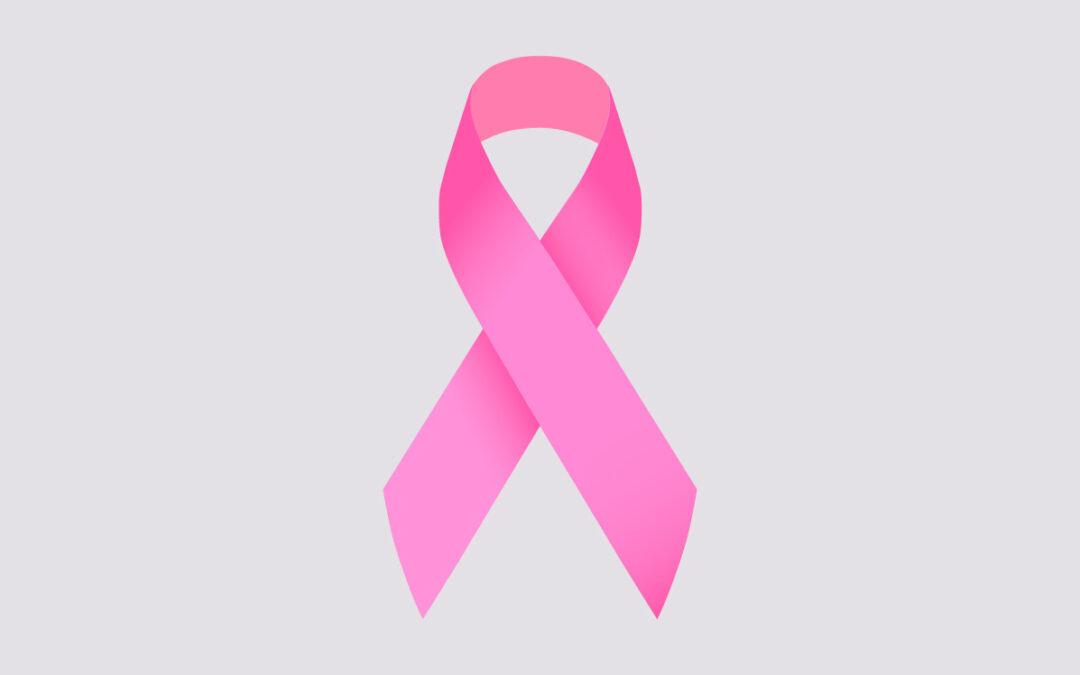 It’s October and breast cancer awareness month. Breast cancer can be traced right back to ancient Egypt, with the earliest recorded case described on the 1600 BC Edwin Smith Papyrus. In 2020, an estimated 276,480 new cases of invasive breast cancer are expected to be diagnosed in women in the U.S., along with 48,530 new cases of non-invasive (in situ) breast cancer.

About 2,620 new cases of invasive breast cancer are expected to be diagnosed in men in 2020. A man’s lifetime risk of breast cancer is about 1 in 883.

What Is A Tumor? Benign vs. Malignant tumors

What grade is breast cancer?

Cancer cells are given a grade according to how different they are to normal breast cells and how quickly they are growing.

Grade describes how different the cell is from the original

There are three grades of invasive breast cancer:

What are breast cancer stages?

Stages 1-4. The stages take into account: the size of cancer, whether the lymph nodes are affected, and if cancer has spread to other parts of the body.

Invasive means that cancer has “invaded” or spread to the surrounding breast tissues. Ductal means that cancer began in the milk ducts, which are the “pipes” that carry milk from the milk-producing lobules to the nipple. 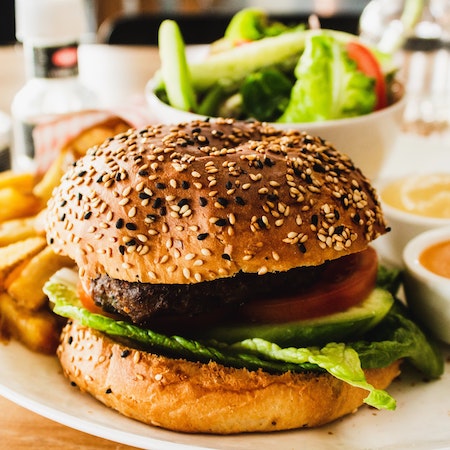 Saturated Fat isn’t as bad as once thought

Studies are showing that there is not a link between saturated fats and a higher incidence of cardiovascular disease, type 2 diabetes, and stroke.

It was once thought that saturated fats were leading to heart attacks, diabetes, and strokes. It’s looking more like a myth than a fact.

Saturated fats are fats that are solid at room temperature like the fat in meats, butter, lard, etc…

This study includes 15 randomized controlled trials with over 59,000 participants.

Each of these studies had a control group, reduced saturated fat or replaced it with other types of fat, lasted for at least 24 months, and looked at hard endpoints, such as heart attacks or death.

Objectives: To assess the effect of reducing saturated fat intake and replacing it with carbohydrate, polyunsaturated, or monounsaturated fat (MUFA) and/or protein on mortality and cardiovascular morbidity, using all available randomized clinical trials.

Results: The study found no statistically significant effects of reducing saturated fat in regard to heart attacks, strokes, or all-cause deaths.

Although reducing saturated fat had no effects, replacing some of it with polyunsaturated fat led to a 27% lower risk of cardiovascular events (but not death, heart attacks, or strokes).

This systematic, observational review of studies looked at the association of saturated fat and heart disease, stroke, type 2 diabetes, and death from cardiovascular disease.

People who consumed more saturated fat weren’t more likely to experience heart disease, stroke, type 2 diabetes, or death from any cause, compared with those who ate less saturated fat.

This systematic review assessed the effects of the amount and type of dietary fat on body weight and the risk of type 2 diabetes, cardiovascular disease, and cancer.

Participants included both people who were healthy and those with risk factors. This review included 607 studies, including randomized controlled trials, prospective cohort studies, and nested case-control studies.

Objective: To assess the effect and grade of the evidence of the amount and type of dietary fat as well as biomarkers of the quality of dietary fat on risk factors, body weight, and risk of non-communicable diseases, that is, T2DM, CVD (including CHD and stroke), and cancer.

It also may decrease the risk of cardiovascular disease, especially in men.

However, substituting refined carbs for saturated fat may increase the risk of cardiovascular disease. 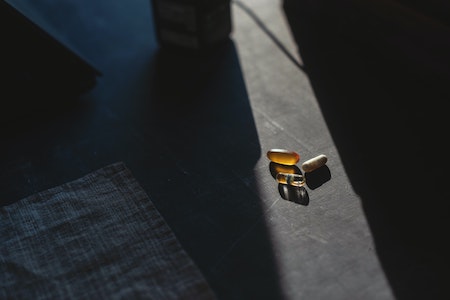 Are Fish Oil Supplements Healthy For us?

How food, and its component molecules, affect the body is largely a mystery. That makes the use of supplements for anything other than treating a deficiency questionable. Fish oil is the fat or oil that’s extracted from fish tissue.

Omega-3 fatty acids play important roles in brain function, normal growth and development, and inflammation. Deficiencies have been linked to a variety of health problems, including cardiovascular disease, some cancers, mood disorders, arthritis, and more. But that doesn’t mean taking high doses translates to better health and disease prevention.

Fish oil supplements have been promoted as an easy way to protect the heart, ease inflammation, improve mental health, and lengthen life. Such claims are one reason why Americans spend more than $1 billion a year on over-the-counter fish oil.

A study reported in the New England Journal of Medicine found that omega-3 fatty acid supplements did nothing to reduce heart attacks, strokes, or deaths from heart disease in middle-aged men and women without any known risk factors for heart disease.

What: A daily 1-gram omega-3 prescription supplement that included a combination of two omega-3 fatty acids, eicosapentaenoic acid (EPA) and docosahexaenoic acid (DHA). A 1-gram dose was chosen because it is a moderate amount that is unlikely to produce side effects. A control group took a placebo.

It’s more than likely that we need the entire fish with fats, vitamins, minerals, and supporting molecules, rather than the lone molecules of EPA and DHA.

If you’re already taking fish oil at a recommended over-the-counter dose, and you’re doing well on it, there’s no research that says you should stop.

If you’re not taking fish oil, try to get it from your plate first. The American Heart Association recommends two servings — that’s about 7 ounces — of fish a week. Preferably the fatty kind that’s rich in omega-3s.

Why the giant spike in overdoses?

The majority of US citizens are staying at home and working from home. On the side of prescribed medications, most physicians are doing facetime or zoom appointments unless it’s a serious emergency, or needs to be hands-on. Some patients are not being fully assessed and prescribed their medication. Pain and sleep medications can easily be overused or misdiagnosed.

More social isolation leading to more solitary use of drugs. Usually, drugs are seen as something done at parties or with groups but with gathering being banned it’s harder to catch overdoses. Not required to actually go into a place of employment opens and easier access to drugs. 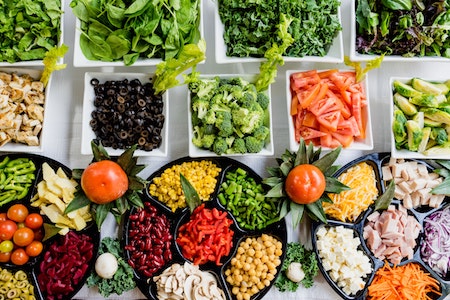 A team of researchers from institutions in China and the U.S reports a link between human Gut microbiome disturbances and major depressive disorder.

The gut microbiota interacts with the host via neuroimmune, neuroendocrine, and neural pathways. These pathways are components of the brain-gut-microbiota axis and preclinical evidence suggests that the microbiota can recruit this bidirectional communication system to modulate brain development, function, and behavior.

Gut bacterial microbiome has gained great attention. It has been hypothesized to play a critical role in the onset of various neuropsychiatric disorders such as Parkinson’s disease, autism, and bipolar disorder.

What is Major Depressive Disorder (MDD)?

Depression is a mood disorder that causes persistent feelings of sadness and loss of interest. MDD is clinical depression, it affects how you think, feel, and behave, which leads to a variety of emotional and physical problems.

The gut microbiome, a vital and direct environmental contributor to central nervous system development, consists of a vast bacterial and viral community that can significantly influence host health and disease.

It is believed that depression is simply from having too much or too little of certain brain chemicals. In this new effort of research, the researchers suggest they have found evidence that links MDD symptoms with the gut microbiome.

Using fecal transplantation experiments, one study has further shown that transplanting the “MDD microbiota” into germ-free mice or microbiota-depleted rats can induce depression-like behaviors in recipient animals, which clarifies a causal role of gut microbiome in MDD onset

The research involved 311 Fecal samples from 156 people with MDD and 155 people that did not have the disorder.

A gene co-expression network (GCN) is an undirected graph, where each node corresponds to a gene, and a pair of nodes is connected with an edge if there is a significant co-expression relationship between them.

The team also noted that higher levels of Bacteroides in the microbiome might help to explain why so many MDD patients have heightened levels of cytokines and associated inflammation compared to the general populace.

Currently, we diagnose MDD in patients throughout the interview process, is it possible in the future we can test the presence of certain elements in the gut microbe as a part of screening efforts to confirm the disorder. 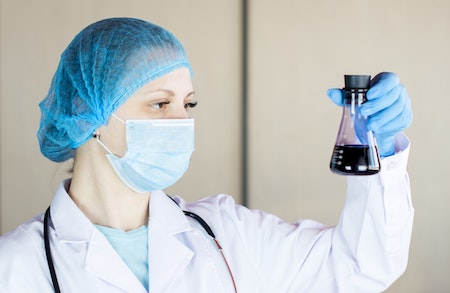 Pfizer released their emergency vaccine to the public, those being first responders last week. Nurses and healthcare officials flood vaccine centers in their hospitals, how do we know? It’s all over Instagram, with nurses showing their support for the CN-19 vaccine.
Moderna has now released its vaccine with government approval to the public as part of President Trump’s operation warp speed. Both vaccines require 2 doses, Pfizer 21 days apart and Moderna 28 days apart.

Data documenting the number of cases of disease before and after the introduction of a vaccine, however, demonstrate that vaccines are responsible for the largest drops in disease rates. Measles cases numbered anywhere from 300,000 to 800,000 a year in the United States between 1950 and 1963, when a newly licensed measles vaccine went into use. By 1965, U.S. measles cases were beginning a dramatic drop. In 1968 about 22,000 cases were reported (a drop of 97.25% from the height of 800,000 cases in just three years); by 1998, the number of cases averaged about 100 per year or less. A similar post-vaccination drop occurred with most diseases for which vaccines are available.