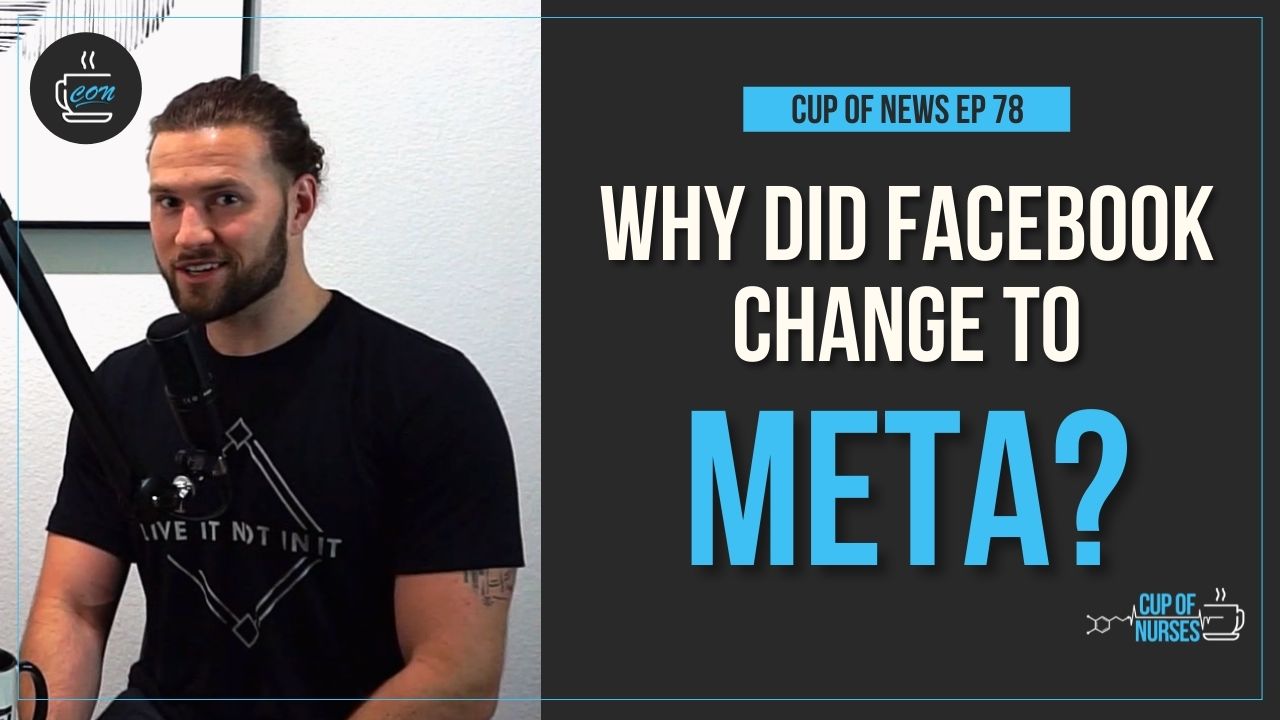 What is the Metaverse?

What is the Metaverse? The term “metaverse” is the latest buzzword to capture the tech industry’s imagination. Think of it as the internet brought to life in a virtual environment you can go inside by looking at a screen. It is a world of endless, interconnected virtual communities. It is a world where people can work, meet, or play. And these make use of virtual reality headsets, AG glasses, phone apps, and others.

2021 –The parent company of the social network Facebook was renamed from “Facebook, Inc.” to “Meta Platforms”. Its chairman Mark Zuckerberg. Declared a company committed to developing a metaverse ecosystem.

Many augmented and virtual reality concepts are presented through the underlying technology. But it remains in or has yet to enter development. FB is currently investing 10 billion into the development of Meta.
What is the thesis for the Metaverse based on Mr. Zuckerberg? To be the next frontier in social connection, the same way that social media connected people in 2004?

What will you be able to do in the Metaverse?

Things like going to a virtual concert, online trips, and buying and trying on digital clothing. The metaverse is also a game-changer for the work-from-home shift amid the pandemic. Instead of seeing co-workers on a video call grid, employees could see them, with the Horizon Workrooms.
“A lot of the metaverse experience is going to be around being able to teleport from one experience to another,” Zuckerberg says. Video game companies also are taking a leading role. Epic Games, is the company behind the popular Fortnite video game. It has raised $1 billion from investors to help with its long-term plans for building the metaverse.

The distinctions between VR and AR come down to the devices they need and the experience itself. AR uses a real-world setting while VR is completely virtual. VR requires a headset device, but AR is accessed with a smartphone. AR enhances both the virtual and real world. Meanwhile, VR only enhances a fictional reality.
A good example of Augmented Reality on our phones was Pokemon GO.  These new, evolving technologies produce endless opportunities for businesses and employment. By 2022, the AR and VR market is projected to grow to $209.2 billion.

Will this be another way to get more data from me?

It seems clear that Facebook wants to carry its business model. And that is based on using personal data to sell targeted advertising, into the metaverse. “Ads are going to continue being an important part of the strategy across the social media parts of what we do, and it will be a meaningful part of the metaverse, too,” Zuckerberg said in the company’s most recent earnings call. Is there more potential abuse for disinformation?

We are on the brink of a technological revolution that will alter the way we live, work and relate to one another:

Now the Fourth Industrial Revolution is building on the Third, the digital revolution that has been occurring. It is characterized by a fusion of technologies. These technologies blur lines between the physical, digital, and biological spheres.
Billions of people connect by mobile devices, with unprecedented processing power, storage capacity, and access to knowledge, are unlimited.
Growth of the fourth industrial revolution is happening versus, linear growth as in the other revolution. These possibilities will be multiplied by emerging technology breakthroughs in fields such as:

Transhumanism is promoted according to the World Transhumanist Association as a philosophy that advocates for the use of technology to overcome our biological limitations and transform the human condition [1].

The transhumanists state that adding technological implants and inserting DNA into human beings will improve their condition. Man would leave biological evolution and would begin an expansion based on technology, and the post-human species would be born.

The essence of Transhumanism is applying the so-called four emerging technologies that include:

Technological implants like brain nanobots might cause losing mind control and thus, the carriers can be controlled by others and lose their autonomy. They can be spied on permanently with the cerebral internet and can lose their privacy their memory can be deleted and can lose their identity.

Thus, the humans who carry technological implants can be permanently spied on, and mentally controlled and they lose their identity. They can become human slaves at the service of transnational companies and economic powers.

The goal analysis reveals that transhumanism is only an intellectual swindle that leads to digital fascism. It is a society where the rich elites govern citizens with technological implants. They believe these people will be the digital slaves at the service of oligarchy.
The transhumanist symbol is the cyborg. It represents the man whose body abandons nature. For transhumanism, nature is an adversary. The goal is to have your body “as little carbon as possible”. It will be indifferent to the laws that rule the carbon as the transhumanist promotion summarizes it in Latin America:
“We are going to reinvent our biological constitutions and introduce silicon, steel, and microchips within us.” The transhumanist cyborgization according to its promoters will allow:
“Eliminating the death, improving the senses, having an infallible memory, increasing the intellectual capacity, having a greater physical performance and controlling the emotional responses.”

Another aspect of transhumanism is the transformation produced by the technological implants in the body. It will make their sexuality unrecognizable. The transhuman will be an asexual being. The main icon of transhumanism in the media is Ray Kurzweil.

He worked on the Army Science Board in 2006. Kurzweil was always known as “the successor and legitimate heir of Thomas Edison” and was also cited by Forbes magazine as “the supreme thinking machine.”

In 1999, President Bill Clinton, at a ceremony in the White House, gave him the National Medal of technology. Transhumanism uses a series of advertising cliches, being the main ones: “innovation”, “evolution”, “excellence,” and “digital citizen,” and different advertising campaigns in which the most promoted intellectuals and businessmen like Elon Musk.

Larry Page and Nobel Prizes like Mario Vargas Llosa, who promote human robotization, participate. Most amazing is that despite the unrealistic and almost delirious affirmations of transhumanists. Their theories are advanced and supported at the highest official level globally and are promoted daily by the press. And most remarkable is that they do not have more opposition from scientists or intellectuals who even spread their unrealistic postulates.

Thus, prestigious institutions like the United Nations, US and European universities, and governments adopt transhumanism as a part of their government plan. In Latin America, one of the prominent companies suspected of developing transhumanism is the Peruvian health insurance company ESSALUD. Based on evidence from recent investigations.

When It All Begun

Transhumanist experimentation would have begun in 2009. It was during the administration of US President Barack Obama. President Obama and Secretary of State Hillary Clinton coordinated organized crime with President Alan García Pérez and this, in turn, with the President of ESSALUD Fernando Barrios Ipenza.

Barrios developed it secretly with the research units of Peruvian hospitals. He also involved the National Health Institute, the Peruvian state institution that gives the official certification for biomedical research in Peru, and the APRA, the party that governed Peru in that period.

The research units of Latin American hospitals would be camouflaging the development of their million-dollar transhumanist projects. It also involved swindling patients, such as the research unit at the Sabogal Hospital. It is where neuroscience research projects funded by Bill Gates are developed. It aims to camouflage experiments on transhumanists of mental control and cerebral internet in this hospital.

The Alberto Sabogal Hospital is located near the only military base of the US Armed Forces in Latin America, the brain net: violating the privacy of university students [2].

Want to know more about Transhumanism? Check out the full Episode 78 here 👇