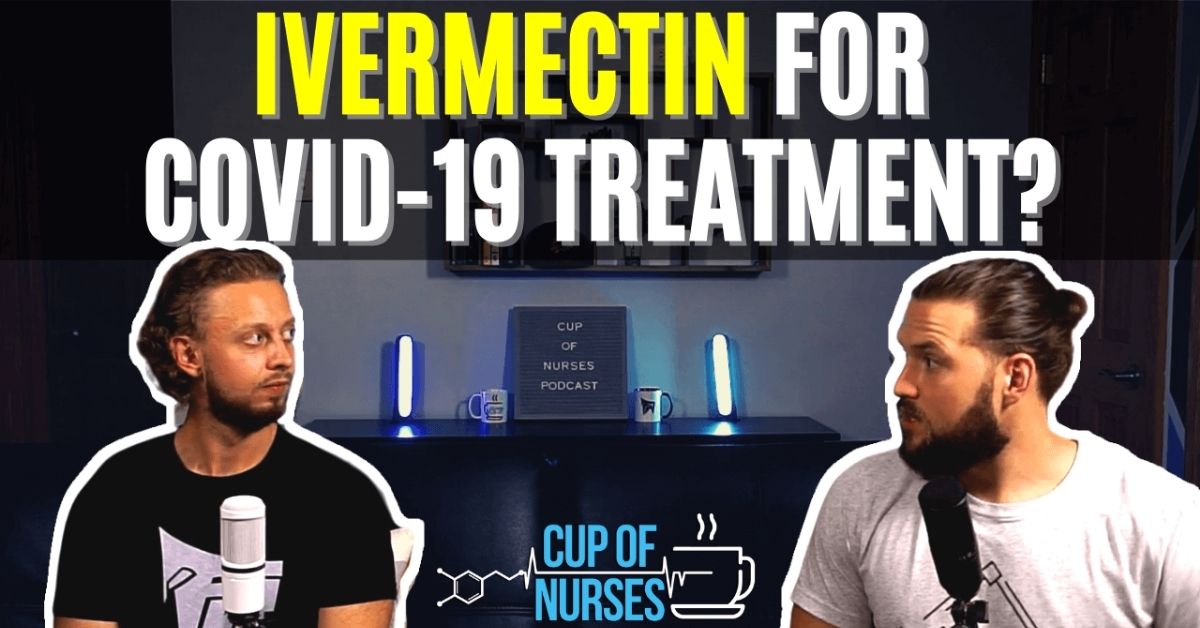 In this episode, we are going to talk about a new breakthrough in CRISPR technology and Ivermectin.

Ever since we started to talk about CRISPR-Cas9, they have been pushing the boundaries of genome modifications. Just in May researchers were using CRISPR to fix cholesterol in monkeys.

Just last year, researchers used CRISPR to turn on a fetal form of hemoglobin to correct sickle cell disease or related diseases in several people. The treatment required removing a patient’s diseased blood stem cells, modifying them with CRISPR in a dish, and then infusing them back into the body.

The new major breakthrough in gene modification, researchers at University College London (UCL) injected CRISPR into the blood of six people with a genetic condition between the ages of 46 and 64. Three of those people showed positive results, creating the opportunity to further trials using this approach.

The genetic condition is known as transthyretin amyloidosis (TRR). Amyloidosis is a protein misfolding disorder. In this disease, proteins change shape (misfold), then bind together and form amyloid fibrils which deposit in organs.

These amyloid fibrils usually deposit in:

Most CRISPR-related treatments involve treatment of the cells in-vitro, injecting into the target organ. This study was different because it required a mode of transport of the whole editing assembly inside the cells.

Researchers at Regeneron Pharmaceuticals used messenger RNAs (mRNAs), which carry instructions for making proteins. Since the host cell can use the mRNAs to make its own proteins, researchers simply needed to send enough information to enable CRISPR editing inside the cell.

They injected two messenger RNAs (mRNAs), one identified the mutation on the TTR gene and one made the Cas protein that can cut the DNA at the directed site. It also made it easier for the researchers, since the liver is the site of origin for the disease.

The mRNAs were encased in lipid particles, which were taken up by the liver cells, allowing the mRNAs entry inside the cell. Once there, the cellular machinery made the necessary Cas protein, which cut the mutation site recognized by the other mRNA. The in-house DNA repair mechanism kicks in and repairs the cut site but this time, leaves the gene out, thereby stopping the production of misfolded protein.

After 28 days, three men given the higher two doses of the treatment had an 80% to 96% drop in TTR levels, better than the average of 81% with Patisiran, the current treatment for TTR. This new RNA silences TRR’s production temporarily meaning it must be injected on a regular basis [1].

Jennifer Dounda who last year shared a Nobel prize for developing the gene editor CRISPR says “a critical first step in being able to inactivate, repair, or replace any gene that causes disease, anywhere in the body.”

Ivermectin in the Fight Against COVID 19

Ivermectin is being talked about in greater numbers. Research is coming out this antiparasitic drug might be used for covid 19 in prophylaxis and even in possible treatment. It seems that ivermectin interferes with COVID 2 possible ways [2].

What the Research Shows

Learn more about Ivermectin in this full episode. Watch it here 👇