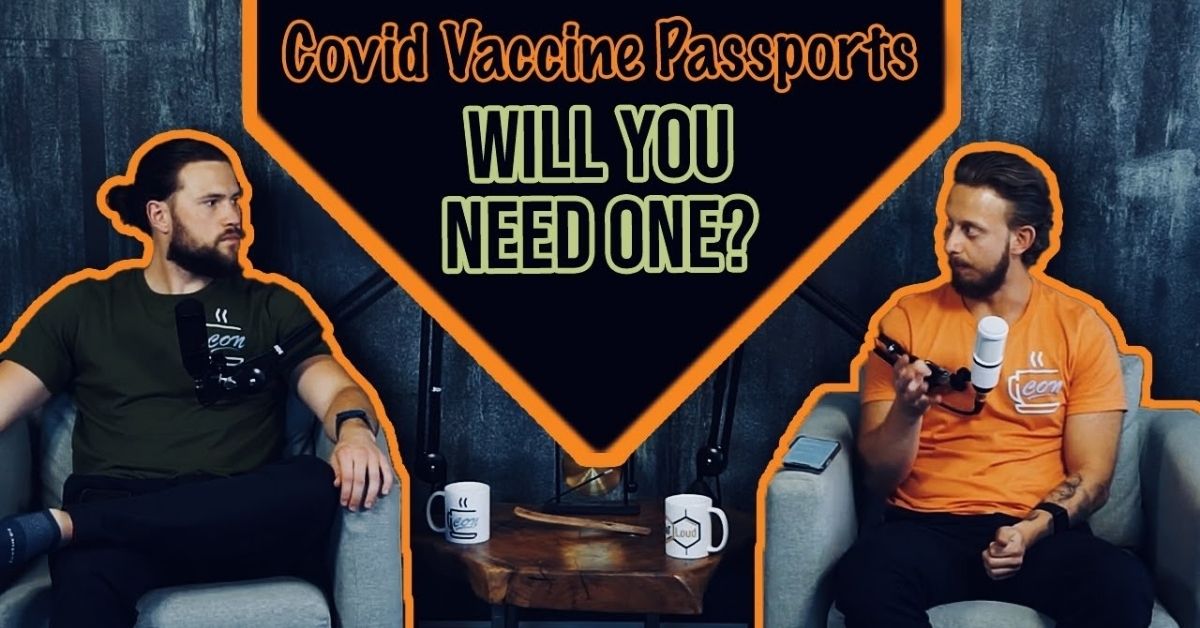 Are Covid-19 Vaccine Passports the Next Push?

The little paper card you got with your Covid shot could be your passport back to normal life [1]. Are Covid-19 vaccine passports next in line to be required?

“Whether it’s school, entertainment venues, or travel, there’s going to be an expectation that to resume these activities you have to be retested and enter quarantine or produce proof of immunization,” Dr. John Brownstein, an epidemiologist at Boston Children’s Hospital, told ABC News.

In other words, people trying to do the kind of things they did before the pandemic – like a fly on a plane or seeing a movie in a cinema – may soon be required to prove they’ve been vaccinated.

One of the executive orders President Biden signed in January, called for government officials to “assess the feasibility of linking Covid-19 vaccination to International Certificates of Vaccination or Prophylaxis (ICVP) and producing electronic versions of ICVPs” – all your Covid-related health records, together in one digital document [2].

Airlines are working on something similar. The International Air Transport Association has developed the “IATA Travel Pass,” a smartphone app that compiles a traveler’s vaccination status and Covid test results into easily scanned QR codes.

“A vaccination card is a tool that people can use to declare that they have some level of protection against COVID,” Dr. Brownstein said. “Being able to assess immunity to Covid is a critical part of trying to resume our daily lives.”

In addition to I.A.T.A., IBM has been developing its own Digital Health Pass that would enable individuals to present proof of vaccination or a negative test to gain access to a public location, such as a sports stadium, airplane, university, or workplace.

The World Economic Forum and the Commons Project Foundation, a Swiss nonprofit group, have been testing a digital health passport called CommonPass, which would allow travelers to access testing or vaccination information. The pass would generate a QR code that could be shown to authorities.

There already is a vaccine passport. It’s easy to get. And its source is impeccable. As of June 15th, 2007.

The yellow card is an official medical record, recognized worldwide, of the diseases you’ve been immunized against.

The yellow card started due to yellow fever, the WHO reported that “32 African countries are now considered at risk of yellow fever, with a total population of 610 million people, among which more than 219 million live in urban settings.

Some countries won’t let you in without medical proof that you’ve had the right vaccines or gotten them far enough in advance of your trip for them to be fully protected when you arrive.

Vaccine passports being sold on darknet

Fake vaccination certificates are also being sold by anonymous traders for as little as $150 using the hard-to-trace cryptocurrency Bitcoin as the payment method.

Researchers at cyber-security company Check Point have monitored hacking forums and other marketplaces since January when vaccine adverts first appeared.

They say the number of adverts they have seen has tripled to more than 1,200.

Sellers of vaccines appear to be from the US, UK, Spain, Germany, France, and Russia.

Investigators on Tuesday were trying to determine what motivated a 21-year-old man, charged in the shooting at a Boulder, Colo., grocery store, to take the lives of 10 people, in the second mass shooting in the United States in less than a week.

The gunman was armed with both a military-style semiautomatic rifle and a pistol when he walked into the King Soopers store on Monday and opened fire, officials said.

They identified the suspect who was arrested at the scene as Ahmad Al Aliwi Alissa, who lived in Arvada, a nearby suburb; he was charged on Tuesday with 10 counts of first-degree murder, which in Colorado carries a penalty of life imprisonment without parole.

Barack Obama has blasted “cowardly” Republicans for blocking gun control laws limiting “weapons of war” in the wake of the Boulder mass shooting.

On March 16, 2021, a series of mass shootings occurred at three spas or massage parlors in the metropolitan area of Atlanta, Georgia, United States. Eight people were killed, six of whom were Asian women, and one other person was wounded. A suspect, 21-year-old Robert Aaron Long, was taken into custody later that day.

According to police, Long said he was motivated by a sexual addiction that was at odds with his religious beliefs. He had previously spent time in an evangelical treatment clinic for sex addiction.

Although Long has not been charged with a hate crime as part of the ongoing investigation, some commentators have characterized the shootings as a hate crime, noting the backdrop of rising anti-Asian sentiment in the United States during the COVID-19 pandemic.

This term, the Supreme Court has an opportunity to apply the original meaning of the right “to be secure” to clarify the scope of the community caretaking exception to the Fourth Amendment’s warrant requirement [3].

In Caniglia v. Strom, Edward and Kim Caniglia, husband and wife, had a disagreement in their Rhode Island home. Mr. Caniglia retrieved his unloaded handgun and asked “why don’t you just shoot me and get me out of my misery?” Mrs. Caniglia left and spent the night in a motel.

The next morning, Mrs. Caniglia called the police to escort her home. Police believed Mr. Caniglia could be a threat to himself so they brought him in for a psychiatric evaluation, which he agreed to only after police promised not to take his handguns.

After Mr. Caniglia was admitted to the hospital—and despite their promise—the officers entered the home and seized the guns, which they returned when Mr. Caniglia sued [4].

The officers invoked the “community caretaking” exception to the warrant requirement to justify their warrantless entry of Mr. Caniglia’s home.

That exception stems from Cady v. Dombrowski, a case involving a crashed car that police had towed to a private garage and later searched, finding a revolver. The warrantless vehicle search was upheld because (at least according to the majority) police had control of the car and a search was necessary to remove potential safety threats.

The ultimate question, in this case, is therefore not whether the respondent officers’ actions fit within some