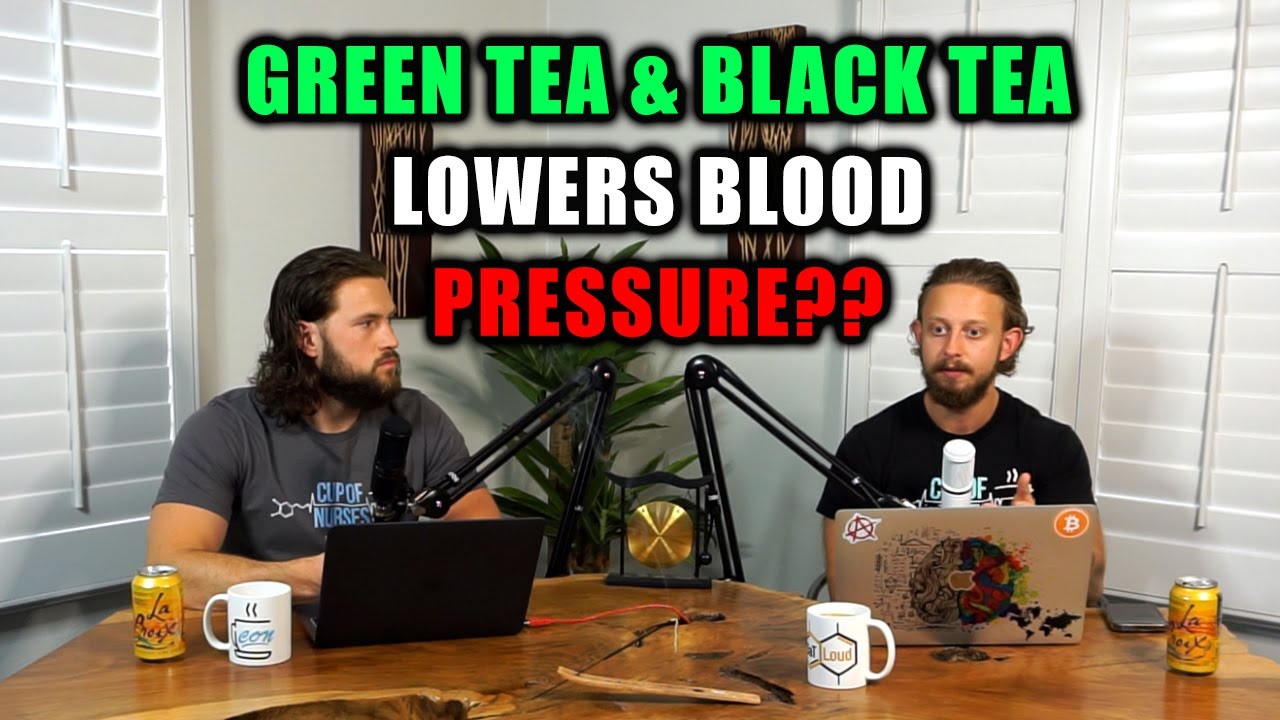 This episode will talk about a new study of tea for hypertension from the University of California, Irvine, showing that green and black tea compounds relax blood vessels by activating ion channel proteins in the blood vessel wall. We will also talk about a national study that shows health declining in Gen X and Gen Y.

The discovery helps explain the antihypertensive properties of tea and could lead to the design of new blood pressure-lowering medications. It is also a good reason why tea for hypertension should be a part of your diet.

Since its initial use in China over 4000 years ago, tea has become one of the most commonly consumed beverages worldwide, second only to water. Upwards of 2 billion cups of tea are currently drunk each day worldwide [1].

The leaves of the evergreen species Camellia sinensis are used to make the most prevalent caffeinated teas. Since they are produced from the same plant, the differences between tea varieties (green, oolong, and black) are due to leaf fermentation levels (unfermented, partially fermented, and fully fermented, respectively), which impart the characteristic properties and flavors of the teas.

The research revealed two catechin-type flavonoid compounds (epicatechin gallate and epigallocatechin-3-gallate) found in tea. Each activates a specific type of ion channel protein named KCNQ5, allowing potassium ions to diffuse out of cells to reduce cellular excitability as KCNQ5 is found in the smooth muscle that lines blood vessels. Its activation by tea catechins was also predicted to relax blood vessels [2].

As many as one-third of the world’s adult population has hypertension. This condition is considered the number one modifiable risk factor for global cardiovascular disease and premature mortality.

In addition to its role in controlling vascular tone, KCNQ5 is expressed in various brain parts, where it regulates electrical activity and signaling between neurons. Pathogenic KCNQ5 gene variants exist that impair its channel function and cause epileptic encephalopathy, a developmental disorder that causes frequent seizures.

Because catechins can cross the blood-brain barrier, discovering their ability to activate KCNQ5 may suggest a future mechanism to fix broken KCNQ5 channels to improve brain excitability disorders stemming from their dysfunction.

Background/Aims: Tea, produced from the evergreen Camellia sinensis, has reported therapeutic properties against multiple pathologies, including hypertension. Although some studies validate the health benefits of tea, few have investigated the molecular mechanisms of action. The KCNQ5 voltage-gated potassium channel contributes to vascular smooth muscle tone and neuronal M-current regulation.

Methods: We applied electrophysiology, myography, mass spectrometry, and in silico docking to determine the effects and their underlying molecular mechanisms of tea and its components on KCNQ channels and arterial tone.

A new national study reveals that recent generations showed a worrying decline in health compared to their parents and grandparents when they were the same age. Previous generations showed poorer physical health, higher unhealthy behaviors such as alcohol use and smoking, and more depression and anxiety.

Hui Zheng conducted the study with Paola Echave, a graduate student in sociology at Ohio State. The results were published on March 18, 2021, in the American Journal of Epidemiology.

Why is American Health Declining?

Data from past decades showed that U.S. life expectancy began to lose pace with that of other countries starting in the 1980s. Historically this was the beginning of the opioid epidemic, the shrinking of the middle class, and the widening of income inequality. Maybe this is happening due to the lack of support for struggling families?

Studies suggest this is related to drug overdoses, suicides, alcohol-related illnesses, and obesity are largely to blame.

But the pace of this increase slowed over time, while other high-income countries continued to show a steady rise in life expectancy.